The Best & The Biggest Sportfishing Yachts In The World Whether you are interested in big sportfishing yachts or small express boats, this article will feature some of the best sportfishing boats in the world

The Best Sportfishing Boats in the World will be built for rough seas well offshore (In blue water) while also being able to travel long distances in the best of today’s modern and luxurious creature comforts, but that’s not really what separates them from motor yachts.

What truly makes a Sportfishing Boat great is the ability to raise and catch some of the world’s most sought-after trophy gamefish, such as the famous Blue Marlin.  Below are some of the best and biggest sportfishing boats you will see as of 2023!

In December 2017, Jarrett Bay unveiled its finest sportfish yacht yet.  “Jaruco” is a magnificent vessel that spans 90 feet and can carry a whopping 4,400 gallons of fuel!

Here’s why the 90′ Jaruco is an evolutionary sportfish yacht that will forever change the face of sportfish tournaments. And it starts with titanium.

Jaruco’s design stands out with its use of titanium. They make its propeller shaft from an ultra-strong but lightweight titanium that has innovated modern yacht design.

These 30-foot propellor shafts save more than a thousand pounds of weight compared to the usual stainless-steel shafts. Titanium’s low density and high strength are a plus for Jaruco, but there is an extra benefit from the steel. It’s resistant to saltwater corrosion, making its lifespan longer than competitors.

Regarding tech, Jaruco is making sure to keep up its modern reputation. The console has five screens with every switchgear and control to monitor almost every system on the boat.

A high-tech hardtop helps the crew stay in touch with any onshore while taking on the seas. But the tech is just the start in ensuring this yacht performs at its best.

Engines: Twin 2,600 hp MTU 16V 2000 M96Ls ensure long-range and impressive speeds making long-distance fishing trips no hassle. There are many other mechanical specs to highlight, such as:

Speaking of luxuries, let’s look closer at Jaruco’s interior. To start, it has a 450 square foot covered bridge with a climate-controlled entertaining area with a 360 view to give every one of your guests an unforgettable sight.

The entire interior has a layout of high-gloss finishes that leads you to the 465-square-foot salon with a full-functioning galley and bars. Stunning woods juxtaposed the bright walls of the cabins, and the 8-drawers dressers and side tables matched the impressive beds.

The “68ft Blackwell Custom Sportfish is one of those head turners in the world of Custom Sportfishing Boats, and that’s because you won’t find many around.  At the time of this article, I believe there are only two 68 Blackwell Boatworks models ever made.  One being the “Wild Hooker” and the other being the “C-Ya.”  If you are aware of more, or if this is the same boat, please comment below!

As for the specs we do know about, the 68′ Blackwell, The “Wild Hooker” website does offer a few specs:

The next boat on our list fits well into the Big Sportfishing Boat category:  The 92 Foot Viking.  The 92′ is still considered the Flagship for Viking, although production ceased due to environmental regulations (She will be replaced by the 90′ Viking).

Despite her production years coming to an end, the 92 will continue to have an impact on the industry for years as she is a proven workhorse for the most avid and financially well-off anglers worldwide.

The average price for a 92′ Viking was Ten Million Dollars, although you could always add features and make her cost a little more (Wink, Wink).

Her standard power package was Caterpillar C-32A boasting 1925hp each, but if that wasn’t enough fuel burn for you, you could always toss in twin 2,635-hp MTU 16V2000 M96L Diesels.

Speeds with the MTU package exceeded 40mph while still offering a range of 507 miles, albeit while burning and an incredible 260 gallons per hour!

The 92 Viking came in the variations:

Yachting Developments doesn’t make many Sportfishing Boats, but they make them big when they do!  This is the biggest Sportfish they have made to date: The “Lanakai” Sportfisherman Yacht.

Naval Architect Michael Peters didn’t hold much back on this boat, building a 129ft (39.5m) vessel that can accommodate 10 guests and 5 crew comfortably.

What really makes the “Lanakai Special is her Carbon Fibre hull and superstructure, which, combined with twin MTU engines, can give her a top speed of 29.5 knots and a cruising speed of 20.0 knots.

There also won’t be any desperate need to stop for fuel as the Lanakai can hold 10,566 gallons of fuel! More Specs For the Lanakai Sportfish:

Delivered in 2008 by Trinity Yachts as the Worlds biggest Sportfishing Boat, the 37.19 meter (122ft) sportfish “Mary P” is was built to impress the avid fisherman.  A couple highlight specs and features for the Mary P. Include:

The Mary P was designed by Doug Sharp with Geoff Van Aller and is the only sportfish yacht to be constructed according to ABS class. Interiors are crafted by Judy Bell Davis, offering accommodations for up to eight guests and three crew; amenities include a skylounge, bar and formal dining area forward.

After more than 3 years of building, starting in 2013, Bayliss Boatworks finished their first 90ft Hull named “Singularis.”  John Bayliss described the hull as very similar to his previously completed 80 and 84 models, noting that the 90 was simply cut a bit longer and wider to support the additional weight.

Despite being 180,000 pounds, the twin MTU94 Diesel engines push the Singularis at an astonishing max speed of 38 knots while her comfortable cruise sits right around 30 knots.  The backdown speed of the “Singularis”, which is important for any sportfish, is also very impressive.

Some of the basic specs include:

She might not look like much of a sportfishing yacht from the front, but the Stern of the 144ft Trinity Yachts “Bad Company” has been set up to be all about fishing!

Delivered in 1998, this 43.9 Meter fishing yacht was at one point the largest sportfisher in the world.   The 12 guests she can sleep can spend their days fishing in a comfortable 26ft beam and get to their fishing spots at a top speed of 26 knots.

As far as the rest of the specs, “Bad Company” can cruise at 23 knots and carry a whopping 9,810 gallons of fuel.  Don’t worry about running out of water either because this massive sportfisher brings along 1,674 gallons of fresh water. 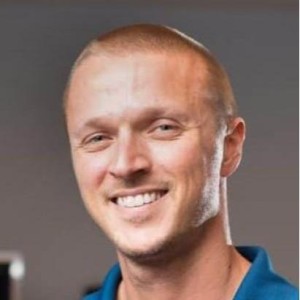 I am a professional photographer and social media influencer in the boating and fishing niches.
PrevPreviousWhat determines if a speed is safe for your boat?
NextWhat Is A Sport Fishing Boat?Next